Home Behavior Why Does A Dog Bark? 6 facts on the Science Behind It 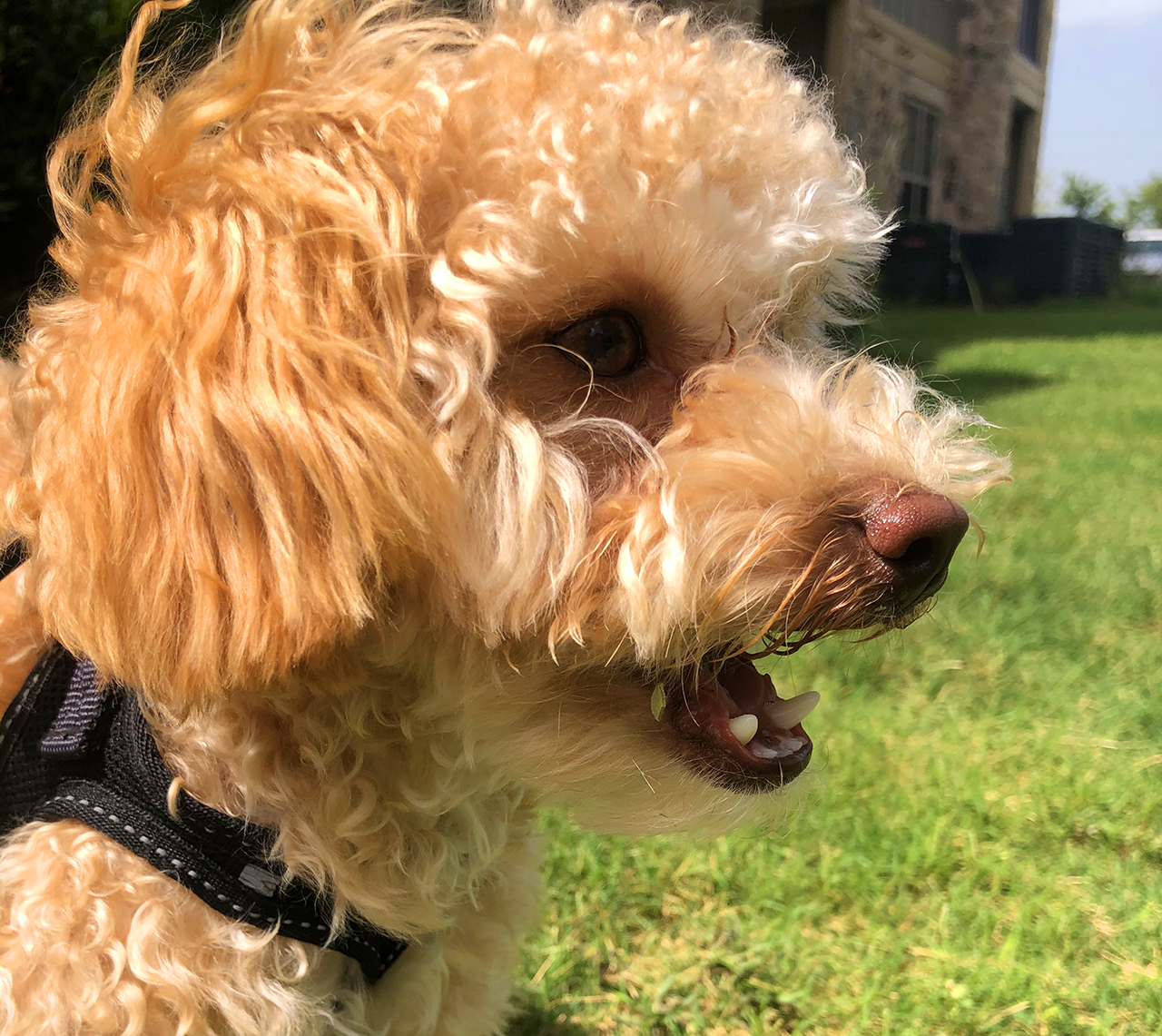 So, why does a dog bark? Dogs bark for many reasons, including when they see something that interests them, feel threatened, or need attention. They also bark at multiple sources of arousal, such as other dogs, familiar people, strangers, cats, cars, and even airplanes.

Dogs bark when they’re excited, angry, afraid, or in pain.

1. Why does a dog bark? What are they trying to say?

Barking is one of several possible vocalization forms in canids (canids include wolves, wild and domesticated dogs, foxes, jackals, coyotes, and other relatives).

Barking is a form of communication

A communication act occurs when a dog emits any signal to modify another dog’s or a human’s behavior.

Dogs use barking to interact with other dogs and communicate with humans while conveying emotional information related to achieving a particular goal. Therefore dogs use barking as a way of communication with dogs and humans.

2. Do dogs have a language?

Dogs do have a language, but it is not as intricate or explicit as the one we humans use to communicate. Dogs use gestures and specific positions to communicate something or express their emotional state. Among communication signals of sound nature (vocalization) are very important
In the past, researchers used to think that the primary form of vocalization of domestic dogs, aka barking, did not serve as a way of communication. But recently, they found new evidence pointing to the contrary.
They know dogs can use barking to communicate stuff from experiments recording dog vocalizations. Even more, we know dogs have different types of barking to convey several kinds of messages. You may already have noticed dogs make sounds with subtle variations.
Even dog individuals from the same breed may have different bark qualities under similar circumstances (just as there are different voices in the human population and one individual different ways to use his own voice).
In dogs, barking is a way to convey emotional states. For instance, we humans can notice different emotions in dogs expressed with specific separation between barks.
Barking is dogs’ most common vocalization behavior, followed closely by howling.
Dogs may produce specific bark subtypes in several different contexts, such as:

As a warning signal (translation: don’t mess with me)
Listen to me barking:

Self or territorial defense (translation: this is my home, these are my resources)
Listen to me barking:

Individual identity (translation: here I am, this is me)
Listen to me barking:

Social interactions (translation: I am the boss; you are my pal)
Listen to us barking:

Invitation to play (translation: Will you play with me?)
Listen to me barking:

Calling for attention or just greeting (translation: Hi!)
Listen to me barking:

Fear (no need for translation)
Listen to me barking:

Would you like to visit our collection of dog sounds? Check it out here

For instance, barking can be directed to an intruder (human or dog) as a warning signal. The barking tends to increase in frequency as the intruder approaches the dog.

Dogs can also communicate through barking with other dogs located far away. This long-range signal shares the location and individual identity of the sender to other dogs and is a response to other dogs barking in the distance.

Just a word of caution: We should never try to interpret dog barking subtypes without the context of dog body language. In other words, a dog barking may mean they want to play, but we should look to a dog’s playful body signals and facial expressions to be sure.

3. Other reasons why dogs bark

There are really many reasons why dogs bark. Here are some other reasons:

They’re Trying To Tell Us Something Important

One common cause of dog barking is excitement. If a dog barks when he sees another dog, he might be excited by the new dog. Another common cause of dog barking includes fear. If a dog barfs when he hears a car coming down the street, he might be afraid of getting hit by the vehicle. Some dogs might fight back and chase the car, bicycle, or any moving thing (even car tires). Dogs can be trained against doing such things, especially if it can represent danger for them.

They’re Trying To Warn Us Of Danger

In addition to being excited or fearful, dogs also bark when they see an unfamiliar person or vehicle approaching. We could call this behavior “stranger anxiety.” When this behavior is excessive or directed to family members or friends, we should find help from a certified dog trainer or behaviorist.

While some people might think that barking is just a dog’s way of saying hello, there’s actually more to it than that. Dogs bark when they’re anxious or nervous. Joy barking may be the way to anticipate something fun or rewarding is about to come. Or may indicate they want to go out to the toilet. Under these circumstances, your dog may continue to bark until satisfied.

If you’ve ever heard a dog bark at night, you might have wondered what was going through his mind. Well, dogs bark because they’re trying to let other animals know that we’re around (“us” meaning the barking dog and we the owners, aka, the “pack”). This helps them stay safe while they sleep.

They’re Trying To Show Off For Their Owners

Dogs bark when they see another animal nearby. They also bark when they hear an unfamiliar sound. And they bark when they feel threatened by something. So, your dog will probably start barking after you walk into your house after work. He’s trying to tell you that he wants attention. Unfortunately, on some occasions, dogs engage in this behavior right when their owners arrive home (and not before!).

4. Why Do They Bark when You Leave?

If you leave your dog alone for too long, he’ll start barking because he’s lonely. He wants to make sure that his “pack” members know where he is so they can come find him.

5. Why Do They Bark During the Night?

Dogs need more sleeping hours than us humans. Besides, dogs tend to be awake at night. With their terrific sense of smell, dogs can perceive animals or potential intruders at night. In addition, many other animals are nocturnal (like mice, cats, and other dogs), and they start leaving scent trails that excite some dogs. Therefore, night barking takes place.
Also, a dog’s hearing sense is very acute, and in the night environment, without distracting background noise, this is even more so.

If this behavior is too much, try tiring your dog by scheduling exercise time in the evening and feeding your dog afterward. If you rely on your friend to guard your property, do not follow this advice (feed your dog during the day and schedule exercise some other time).

Some people talk about the “barking reflex” Something may trigger the behavior of barking in a dog (for example, a noise in the middle of the night). Barking is a bit of a voluntary action (your dog decides to start to bark). This decision is taken in the brain’s frontal cortex (just in the forehead, right above the eyes). After this initiation of the behavior, the barking sound continues in series, one after the other. This part is more “automatic” and is set in lower parts of the dog brain as “hard-wired” neuronal circuits. From here, the nerve impulses travel through cranial nerves that go into the larynx (throat) muscles, especially those in the vocal folds.

Non-stop barking is not really a reflex, but more of a reaction, since many neurons are involved (contrary to a reflex, which typically involves 2 or 3 neurons. Dogs with excessive barking have probably been positively reinforced to do so (rewarded when they engaged in barking as a young, usually inadvertently). The more positive reinforcement, the more neurons in the lower motor areas of the brain start to connect and form “hard-wired” circuits.

Animal behaviorists and trained veterinarians know ways of “disentangling” the neuronal circuits in the dog brain to ameliorate excessive barking. This is done, usually through positive reinforcement, that is, giving a reward not to bark.

In summary, as a result of domestication and breeding by humans, dogs developed modified forms of vocalizations with different acoustic characteristics, facilitating their communication with us humans.

The next time your dog barks, think about how many different things your dog may be trying to say! 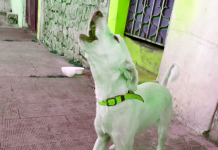 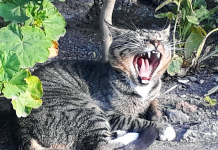 Why does a cat cry? Some myths and misconceptions